What gearbox and differential oil should i use in my MX-5?

The gearboxes for the NA and NB MX5s – both the 5 speed and the 6 speed all require a quality GL-4 75W-90 gear oil. Sometimes, the product with the higher version number isn’t best to use, in this case, GL-5 being the prime example.

Anecdotally, a Gl-5 based oil of the same quality/manufacturer gives you a harder time shifting, making it difficult to get into gear cold and generally be less enjoyable to use. The reason for this is quite simple, GL-5 has twice as much ‘Extreme Pressure’ Additive, or rather, it has an aggressive friction modifier that makes it very hard for the synchros to do their job.

A little history about the MX-5 gearbox. It actually started life as quite an agricultural unit, for the Mazda B series pick up truck and has its roots in the 1970s. It’s a stout piece that’s been used in many vehicles with various modifications over the years. Vehicles with considerably higher torque output than our little roadster, hence why they can typically take nearly 3x the stock power output.

However revered as a drivers car with an excellent gearshift, the unit itself is somewhat agricultural with comparatively loose tolerances, simple synchromesh design and certainly nothing that isn’t absolutely needed. So when it comes to a choice of oil, we’re trying to get the best response, feedback and feel from a transmission that wasn’t built with those concepts at the core of its design brief.

Having tried many of the various brands offered, paying attention specifically to cold and hot shifting characteristics. We’ve settled on a combination that’s been tried and tested across the pond for quite some time, as well as in our cars too – our choice? A combination of Redline MT-90 and Lightweight Shockproof – mixed together.

The MX5’s gearbox’s oil capacity is 2 litres but will be full after 2 quarts.

Our goals are perhaps a little different than most others but it’s still the same core requirements, with additional needs bolted on top.  For example, we’re looking for:

The lightweight shockproof takes up the extra load and protects the gears when slamming them into each other, it coats and almost bonds to the material – covering everything blue internally. It acts like a 140 weight oil, with the properties of a 75. We haven’t seen any adverse effects of using it in the gearbox, bar making it really obvious when you have leaky seals – that’s why we carry it on the shelf.

Much like everything we recommend, it is a product we believe in.

This one is an absolute no brainer for us, we’ve used this in noisy TorSen differentials and VLSDs to quieten them down as well as try and protect them from the added shock loading of launches and turbo power.

One of the reasons that 5 and 6-speed gearboxes fail, or at least one of the theories, is the entire case of the gearbox getting overheated and the oil, in turn, being overwhelmed by the heat. The idea here is that with enough heat everything moves out of tolerance and that’s enough for gears to smash into one another and strip teeth. A good way to combat this is by wrapping your downpipe or using other forms of heat barriers on the gearbox itself. 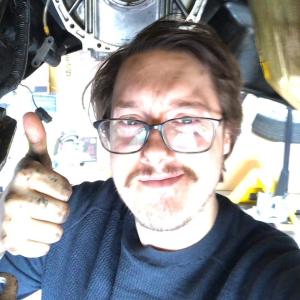 PrevPreviousWhich oil weight is best for my MX-5?
NextYou really should replace the engine mounts in your MX-5Next